As a political ecologist trained in geography's nature-society tradition, I seek to explain relationships between the material world (microbes, crops, and economies) and the way people understand that world (as mitigated through institutions, culture, and experience).  In particular, I research the interactions among local people and government or development workers, as well as between people and non-human actors like crops, nutrients, and witchcraft. This approach reveals that by paying attention to, for example, the addition of beetroot to gardens and cooking pots, the abandonment of long-standing healing rituals, and the failure of anti-tuberculosis campaigns, we can understand how local people and places shape state and international development initiatives.  In my research, I use a mix of methods including oral history collection, ethnography, household surveys, focus groups, participatory GIS, and archival research to understand local thinking and practices.  To understand non-human actors, I use epidemiological and ecological data and scientific work (with a critical eye to the social production of that work).

My current work breaks down into two main areas.  First, in a series of co- and single-authored articles, I lay out a political ecology of health empirically, theoretically, and methodologically.  So doing, I reveal how local people and the interactions of microbes inside of their bodies challenge global health care protocols and the multinational funders that support them.  To do this work, I call for a Marxist-feminist approach, which shows how uneven global political-economic processes manifest in bodies which are embedded in local social and cultural contexts.  Methodologically, I argue that a political ecology of health requires a place-based approach that uses a mix of methods from qualitative and quantitative toolkits, which includes ethnography to situate research in the lived experience and knowledge of patients, family members, and health care workers. This series of articles draws from and adds to the work of political ecologists, critical medical anthropologists, and African Studies scholars.

Second, my book manuscript in progress, Witchcraft and Wellness: Agency and Change in Twentieth-Century South Africa, explores questions of agency – who and what causes change – in the context of two state development interventions – in health and in agricultural planning – in mid-twentieth-century Pholela, South Africa.  Based on two years of research, Witchcraft and Wellness focuses on the evolution of local understandings about health and environment by examining the knowledge of both residents and the health and agricultural experts who came to Pholela. So doing, it employs an expansive framework for health which reveals that vitamins, pathogens, witchcraft, and ancestors all play a role in illness and wellness in Pholela. I argue that using a local framework illuminates how new explanations of disease transmission and the forced removal of a homestead can lead to changes in local livelihoods and healing practices. Take the example of tuberculosis, which first arrived in the lungs of men returning to Pholela from work in the cities.  For the health center's staff, a bacterium causes tuberculosis.  Passed through inhalation or ingestion, TB causes a terrible cough, night sweats, and weight loss; if untreated, it often leads to death.  For health center doctors, these symptoms unambiguously indicated tuberculosis.  For Pholela's residents, however, they could indicate a couple of different illnesses (including TB), caused by different things, including microbes and witchcraft.  For residents, these symptoms could just as easily be caused by a witchcraft-related illness called idliso, contracted when a person mistakenly ingested an umuthi (a potion or medicine) sent by an umthakathi (a person who sends witchcraft).  In order to understand this and other examples, Witchcraft and Wellness poses the question: What could we learn if we understood that both microbes and witchcraft make people sick? On a theoretical level, this forces us to think differently about what causes illness and change more broadly (agency).  On a practical level, exploring how witchcraft causes illness changes the way we think about health programs in places like Pholela and sub-Saharan Africa more generally.  African and Agrarian Studies scholars have written much about human agency, especially in circumstances where Africans interact with colonial, state, or development officials.  Geographers have explored the role of non-human (animal, plant, microbe) agency in shaping life and change.  While the work of both of these groups is enlightening, the very localized phenomenon of witchcraft sits uneasily between the two poles of human and non-human agency. I contend, therefore, that interrogating the role of witchcraft in the evolution of thinking reveals that change is always the result human and non-human actors; it is always simultaneously material and symbolic. 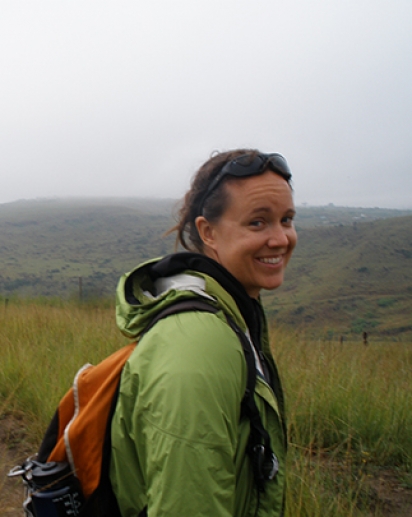