Literary nonfiction presents wide-ranging opportunities for choosing subject matter and approach. In MALS, I’ve offered creative writing courses in the personal essay, travel writing, and general nonfiction narrative. The lines between the sub-genres are blurry, at times nonexistent, and that gives us more freedom to investigate.

Recently I expanded my offerings to include two theme-based courses. Beginning winter term 2020, I’ve co-taught with Anna Minardi a new interdisciplinary course, “Writing Nature: Stories and Reflections,” in which we ask students to reflect on their experiences of and in the natural world. Although this course isn’t an environmental studies offering, it will involve a good deal of science, depending on the week’s material and students’ needs and interests.

My other new course is “Writing the Other: Narratives and Intersections,” in which the class will explore multiple ways of exploring aspects of self-awareness. The course will be a combination of personal essay and the stories we construct to further understanding.

Whether students are experienced writers or beginners, international students or native speakers of English, I believe in general that all of them are engaged in the same process as they begin to write and become increasingly alert to the possibilities for self-expression. 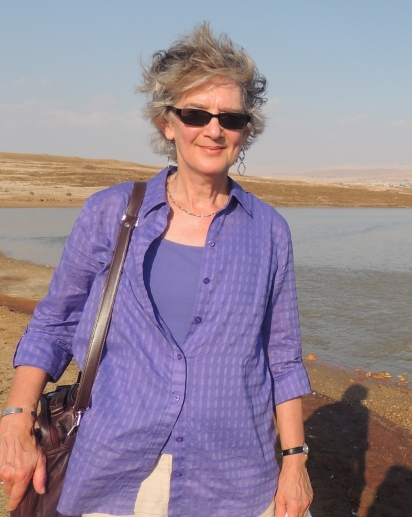 The Dead Sea, one of the great natural wonders of the world, is drying up. The dense waters, revered for their restorative powers, are dropping at an astonishing rate and some experts fear the iconic Dead Sea and its unique ecosystem could be damaged forever.

The Sea's main tributary, the Jordan River, has been dammed and diverted for decades to feed and water the booming population of the surrounding countries. Everyone agrees it's a looming disaster and that a solution must be found.

CNN’s Bill Weir takes “The Wonder List” to Jordan and Israel to examine the dramatic evidence of the waters' decline, and meets the men and women who are battling to save one of the most fantastical landscapes on earth and fighting to bring a vision of peace and co-operation to a troubled region.