Ezzedine C. Fishere teaches courses on Middle East politics. He is also a novelist and a contributing columnist at the Washington Post. Before coming to Dartmouth in September 2016, he taught at the Political Science department of the American University in Cairo, worked as a diplomat, wrote novels and – since the Tahrir Uprising, got engaged in Egyptian politics. This includes advising pro-democracy political groups, writing and speaking about Middle East political realities.

Fishere has a diplomatic experience both with Egyptian Foreign Service and the United Nations missions in the Middle East and East Africa. He was the rapporteur of the Independent Commission on Restructuring the League of Arab States (2011-2013), counselor to the Egyptian foreign minister, in charge of Arab-Israeli issues and Regional Security (2005 – 2007); a political adviser in the United Nations Missions in Sudan (2004-2005), a political advisor to the UN Fact Finding Mission in the assassination of Lebanese Prime Minister Rafik Hariri (2005), a political advisor to the United Nations Special Coordinator for the Middle East Peace Process (UNSCO) in Jerusalem (2001 - 2004); and before that at the Egyptian Embassy in Tel Aviv (1999 -2001). He also directed the Arab-Israeli project at the International Crisis Group (2007 - 2008).

Fishere published many novels in Arabic, mostly depicting Egyptian social and political decay. Two of which were nominated for the Arabic Booker Prize (2008 and 2011) and another two turned into a Pan-Arab TV series. His “Embrace at Brooklyn Bridge”, a novel on identity construction and transformation, was published in English (2017) and Italian (2019). The Egyptian Assassin was published in English (2019). Other novels are being translated to French and Hebrew. 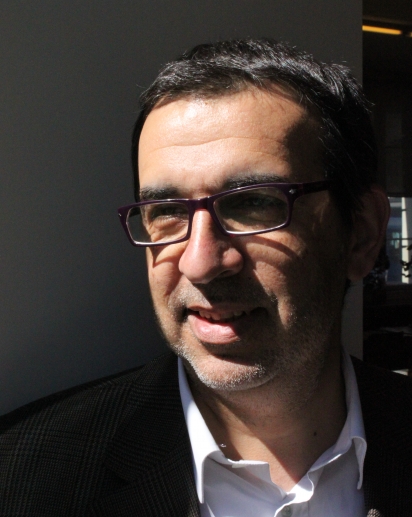