Gerd Gemünden is the Sherman Fairchild Professor of the Humanities, and Professor of German Studies, Film and Media Studies, and Comparative Literature.

He studied German, English and Philosophy at the University of Tübingen and Comparative Literature at the University of Oregon (Ph.D. 1988). His specialties include critical theory and cultural studies, the history and theory of German cinema, Latin American and global art cinema, an the study of exile, migration and diaspora. He is the author of Die hermeneutische Wende: Disziplin und Sprachlosigkeit nach 1800 (1990); Framed Visions: Popular Culture, Americanization, and the Contemporary German and Austrian Imagination (1998), and A Foreign Affair: Billy Wilder's American Films (2008 - also published in Austria as Filmemacher mit Akzent: Billy Wilder in Hollywood). His volumes as editor include Wim Wenders: Einstellungen (1993); The Cinema of Wim Wenders (1997); Germans and Indians: Fantasies, Encounters, Projections (2002); Dietrich Icon (2007); and Culture in the Anteroom: The Legacies of Siegfried Kracauer (2012). He serves on the editorial board of New German Critique and Film Criticism and is co-editor (with Johannes von Moltke '89) of the series "Screen Cultures" for Camden House and their German Film Classics series.

In recent years, his focus has shifted to global art cinema, particularly from Latin America. Together with his wife, Silvia Spitta (Professor of Spanish and Portguese), he has developed the course "Migration Stories," which takes a comparative look at immigrants, refugees and asylum seekers coming to Europe and to the United States. He has also developed a course on recent Latin American cinema, and he has begun attending film festivals in Havanna, Lima, and Cusco. In 2017, he published the first English-language monograph on Argentine director Lucrecia Martel (University of Illinois Press). His latest book is Toni Erdmann (Camden House, 2021). His is currently working on a book-length monograph, tentatively titled "Gost Cinema: Realism and the Supernatural in Recent Latin American Film."

Since 1995, Gerd has been covering the Berlin Film Festival for Film Critcism. His festival report from 2021 can be found here. (Coverage of earlier festivals is also archived on this website). 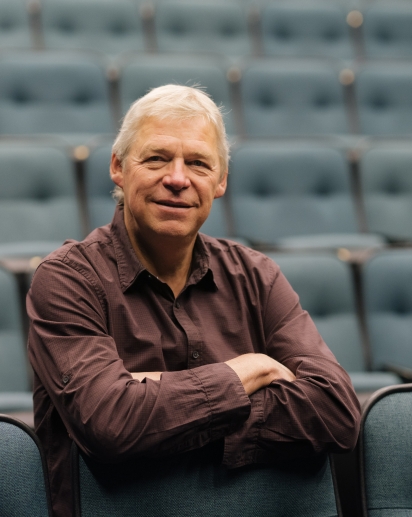 Monograph on realism and the supernatural in recent Latin American film.