I’m James Mahoney, I'm a Digital Arts lecturer here in the computer science department.. I teach graphic design, 3D modeling and animation, as well as augmented and virtual reality design and development. My specialties are generative design, spatial computing and avatar systems. I run a small lab at Dartmouth called SILvr, for "Social Interaction Laboratory in Virtual Reality" supported in part with a generous gift from Meta. I have a BArch (bachelor of architecture) and an MS degree, both from Cornell University. I have been a pioneer of digital media since the early 1980’s where I was the very first architecture student at Cornell to present a final project in digital media, which is standard today. As a student, in 1983, I developed one of the first 24 bit (full color) digital paint systems, inventing the soft airbrush, blur brush, smudge brush, gradient tool among others - all common to most digital paint systems today. Upon graduating, I helped develop the earliest commercial digital animation production system at Hanna-Barbera Productions (the system was begun at Cornell before me in the 1970’s). With a colleague, I created the 3D version of the iconic Hanna-Barbera star logo animation, in use since 1986. I have hundreds of television screen credits, but we mostly produced “The Smurfs”. It's a fun fact that each episode features a digital multiplane effect, which was groundbreaking for its time. In the 1990’s I worked at Microsoft Research investigating the potential for online virtual worlds (often called “The Metaverse” these days). My focus was environment design, and avatar systems. I’ve worked in the video game industry, as well as in animation production and artificial intelligence (Microsoft Research "virtual assistent"). I’ve done contract design work for a diverse array of companies including Facebook (Meta), Microsoft, and Carnival Cruise Lines. All of this work over these years has been a bridge between art and technology. Throughout these years I’ve consistently maintained a studio art practice showing my work in a couple of museums and internationally but mostly in Los Angeles and Portland, Maine. Twice my solo art show was awarded the coveted LA Weekly, Art Pick of the Week. My work features mostly paintings but also installations involving computers and video. My wife Elaine and I have one young adult child. We've lived for a year in Bali, Indonesia as well as Lyon, France. Besides art, travel and teaching, I also enjoy Yoga, chess and walks in the woods. You can find out more about my professional life here, and see a small selection of my work here and connect with me on Linkedin here. 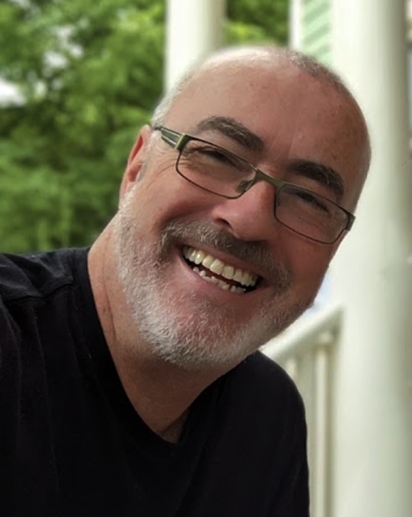