Jennie Chamberlain is a writer working in traditional and innovative media spaces, filmmaker and activist.


Chamberlain has written and developed scripts for Academy Award winner Mark Johnson (Breaking Bad, Rain Man) and Academy Award winner Al Ruddy (The Godfather, Million Dollar Baby.) Her short films have been exhibited across the globe in festivals, including in Los Angeles, New York, Memphis, Annapolis, Palm Springs, Montreal, Clermont – Ferrand, France and Sao Paulo Brazil. Her films are part of the collections of the Santa Barbara Museum of Art and the Arizona State Museum of Art.  She was named a Coca Cola Refreshing Filmmaker and her recent TV pilot was a finalist in the Launch Pad writing competition. Chamberlain received her MFA in Cinematic Arts from University of Southern California and her B.A. in Economics from Harvard College.


Chamberlain also develops creative concepts for clients ranging from media production companies, directors, animators, new media experimenters and brands. She specializes in comedy, emergent technology, future visioning, and capturing the zeitgeist of the moment. She has been a concept writer for television commercials, apps, experiential and VR projects, and worked with filmmakers, creative technologists and experiential designers for brands from Nike to BMW to Chanel in media spaces ranging from Superbowl commercials to internet shorts and song lyrics. Chamberlain has also teamed with a female-owned startup to develop a brand identity from concept to launch and through the entrepreneur's first round of capital investment.

Chamberlain is also an activist and community leader focused on active transportation, mobility equity, and air quality, and envisions a more healthful and equitable future. In this work Chamberlain brings her deep media and creative experiences to work with community groups, civic leaders, educational organizations, and advocacy organizations. In recognition of this work Chamberlain has received numerous awards and has been appointed to multiple leadership positions. Chamberlain currently chairs on the Hanover Bike and Pedestrian Committee and is a foudning member of the Upper Valley E-Bike Initiative. 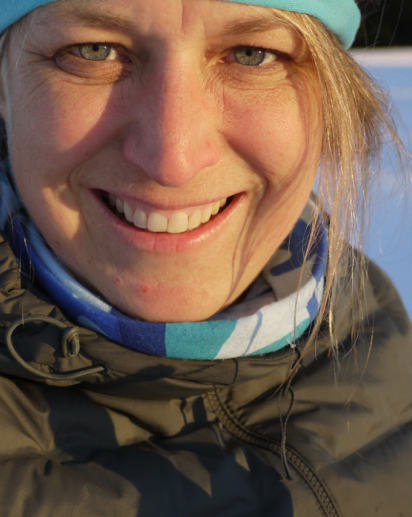