John Dunlop has been performing in the Northeast for over twenty years as Principal cellist with the Vermont Symphony, Burlington Chamber Orchestra, Opera North, Vermont Mozart Festival and the Green Mountain Opera Festival. He has performed as soloist with both the VSO and BCO, as well as many chamber music performances with notable area musicians. He studied under Richard Kapuscinski at Oberlin Conservatory and Bonnie Hampton at the San Francisco Conservatory, and has played in master classes for Yo Yo Ma, Jerry Grossman, Steve Doane and others. John has also composed and recorded several award-wining film soundtracks for short films, including a documentary on childhood hunger in Vermont, where he called on his skills as a guitarist and bouzouki player in addition to cello. He has worked with Trey Anastasio of Phish on many of his solo albums. Besides his work at Dartmouth, John teaches privately in Richmond, Vermont where he shares a studio with his partner, VSO violinist Laura Markowitz. 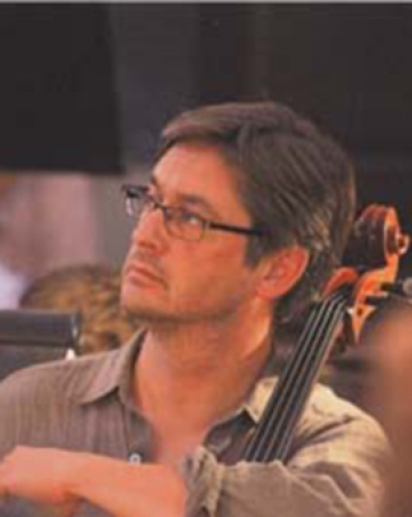