Double Bassist Nick Browne regularly performs with The Philadelphia Orchestra, with whom he has recorded, toured China, and performed at Carnegie Hall.  He has also appeared with the Pittsburgh, Houston, and Grand Rapids Symphonies, and the Rochester Philharmonic.  In the summer, Nick serves as Principal Bassist of the Breckenridge Music Festival. A former member of the bass section of the San Antonio Symphony (2014-2020), he also performed as guest Principal Bass with the Royal Swedish Opera Orchestra in the spring of 2018 and 2019.

A passionate and devoted educator, his students have excelled at the state level in Texas and have gone off to study music in leading programs across the country, and he enjoys coaching youth orchestras.

A native of Pittsburgh PA, Nicholas earned a Bachelor of Music from Duquesne University and a Master of Music at Rice University, studying with Jeffrey Turner and Timothy Pitts respectively. As a student, he enjoyed summers at Brevard Music Center, Chautauqua Music Festival, Music Academy of the West, and Tanglewood Music Center. 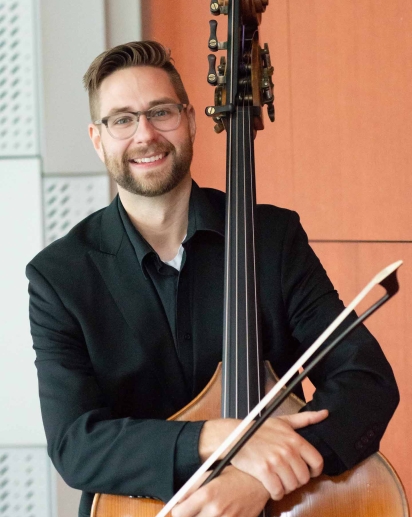