Pamela Crossley is a specialist on the Qing empire and modern Chinese history, and also researches and writes on Central and Inner Asian history, global history, the history of horsemanship in Eurasia before the modern period, and the imperial sources of modern identities. She is the author of eight books--China's Global Empire: Qing, 1636-1912, forthcoming; Hammer and Anvil: Nomad Rulers at the Forge of the Modern World[2019], The Wobbling Pivot: China since 1800 [2010], What is Global History? [2008], A Translucent Mirror: History and Identity in Qing Imperial Ideology [1999], The Manchus [1997], and Orphan Warriors: Three Manchu Generations and the End of the Qing World [1990]--co-author of two leading textbooks on global history (The Earth and its Peoples, 5th ed., 2012, and Global Society: The World since 1900, 3rd ed. 2012) and co-editor of Empire at the Margins: Culture, Ethnicity, and Frontier in Early Modern China [2006]. Shorter research works have appeared or will appear in The Cambridge History of China, The Cambridge History of World Slavery, Cambridge History of Global Migration, Cambridge History of Nationhood and Nationalism, and The Cambridge History of Warfare, in scholarly journals including Harvard Journal of Asiatic Studies, American Historical Review, Journal of Asian Studies and Annales. She has also been awarded the Jerome Goldstein Award for Distinguished Teaching. Crossley is an original appointee of the Dartmouth Society of Fellows.

Crossley is also a software author and scholarly editor of the ECCP Reader, a desktop access point to the famous reference work Eminent Chinese of the Ch'ing Period (1943) with parallel channels of recent research and commentary, and is the author of teaching devices used in her courses, including the Daxue Reader which is freely available. 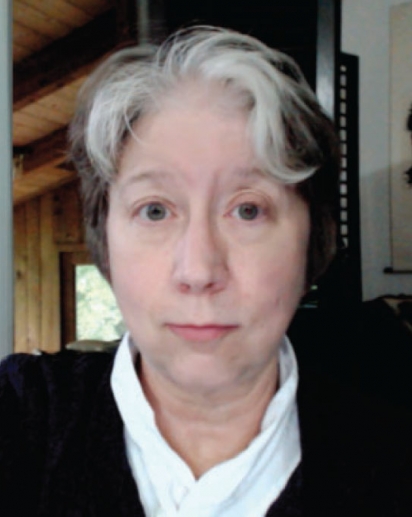 Please do not ever write my name as "Pamela K. Crossley."

Yes, the name that is forced onto this page and into my email address by the Dartmouth servers. That mangling of my name is an invention of the Dartmouth directory, which refuses to change it. You can cite me as Pamela Crossley, or Pamela Kyle Crossley, or P.K. Crossley without causing me to wish I had never been born. My email address is NOT pamela.k.crossley@dartmouth.edu, it is crossley@dartmouth.edu. Since Dartmouth alone is responsible for spreading "Pamela K. Crossley" around the web and making me ashamed each time it appears, I make a public announcement here. Sorry to be weird.